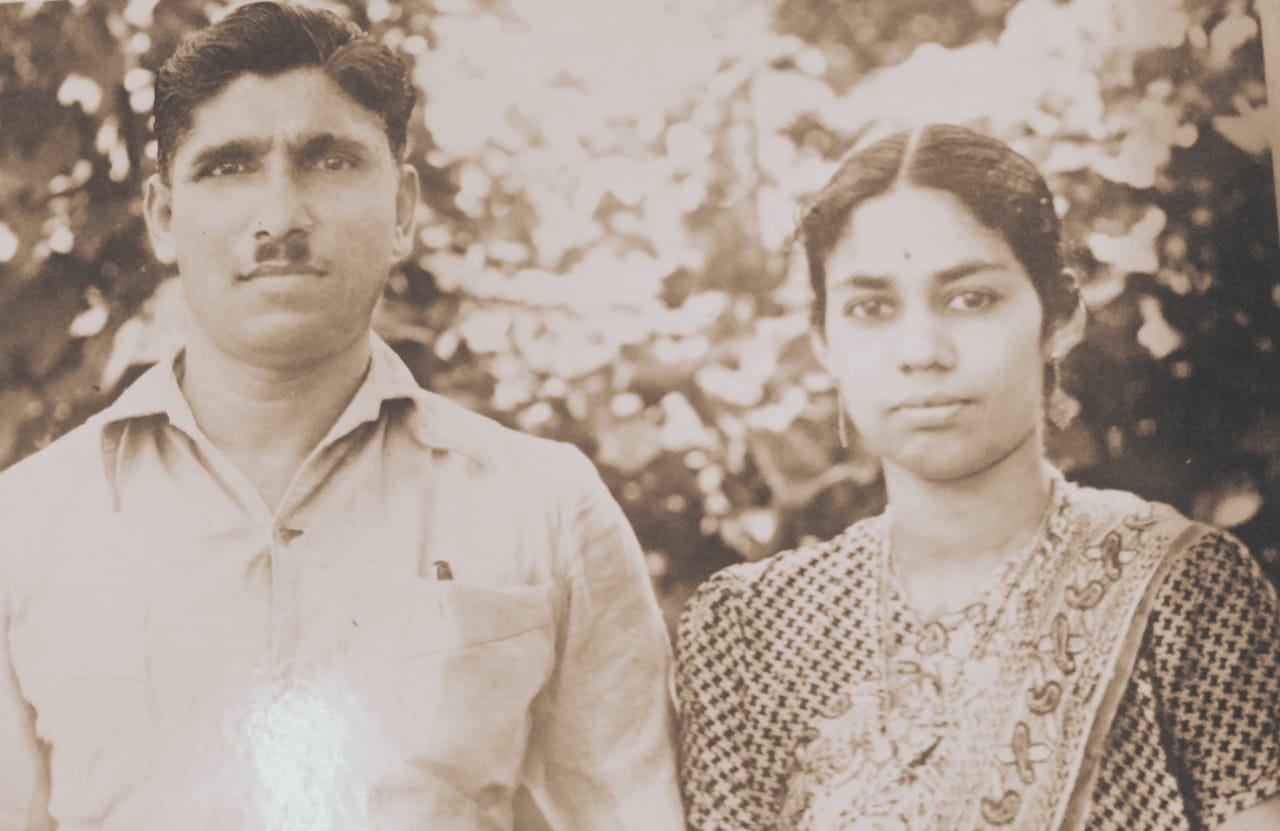 The year 1947 was momentous for my father on many counts. India had just won independence from British rule.  A group of British gentry had gathered at Sidapur town square (10 kms from our Homestay) and the Union Jack fluttering on the mast was ceremoniously lowered, and in its place the Indian tricolor was raised to huge cheering and applause. My father had stood witness to the grand ceremony.
He was working in the British owned coffee estates since 1934 and was drafted into active army service when World Ward II broke out. By 1947, he had been discharged from the army following a severe injury to his arm due to a grenade attack while fighting against the Japanese army in Burma’s jungles during the World War II. (For his bravery in this war, he was presented with an original Japanese Samurai sword captured in action from where he fell). He was offered his previous job in the coffee estates as a reward for his active service in the war. That same year he gave in to the emotional pressures from his family and decided to get married.
My mother Soumini, customarily selected by my father’s family, walked into his life on 22 of May 1947. Father fondly addressed her as “Sou”. Mother remembered the day of her wedding quite vividly. She was quizzed by her father in law,
“Do you know who your husband is?”
She shook her head blankly, as she had never even seen the man she had married. Soon she realized that the person who was busy settling the bills after the marriage party was over was in fact her husband. That was the first time she had set eyes on her husband!

My parents T.M. Shankunny and N.C. Soumini soon after their wedding (1948)
Five children were born to them and they were all slowly getting used to the Coorg customs, climate, wildlife and living conditions which, in those days was quite unbelievable to the “refined” people of Kannur. The general thinking among like minded people serving in Coorg was to get back to Kannur at the earliest possible opportunity and live the rest of their retired life happily in their hometown. This was also the case with my father.
In the year 1954-55 the government of Coorg decided to grant parcels of land for the retired soldiers of the army as a reward and also as a means of sustenance for their livelihoods. After much prodding by my mother, father reluctantly applied for the grant although he had already decided to spend his retired life in Kannur.
“Sou, do we really need to spend the rest of our lives in Coorg?” he would ask.
But his young wife was persistent and ultimately, much against father’s wishes, a plot of plain forest land was granted to him in the year 1956.
Mother was delighted! The fertile “promised land” was about 10 km away from their bungalow and the mode of transport was 3 km by foot through rough estate roads, and the rest by one lonely unpredictable bus service. Undaunted, she took up the challenge and started making daily visits with her trusted maidservant in tow.

Soumini had an undaunted spirit!
She gathered local labor force and gradually started cultivating coffee from scratch, with little experience but with unbounded enthusiasm! Gradually, the forest began transforming itself into an estate. Impressed by her relentless dedication, father intervened with his expertise in coffee cultivation. By providing limited funds and other inputs, gradually within four years, mother and father together had established a coffee estate of their own.

Hard at work in the coffee drying yard (1962)
By the time the first crop was ready, they had constructed a small thatched building to store the precious produce, agricultural tools and also to rest for a while during rough weather. This building later evolved into the Souland Estates Homestay that we treasure today!

Souland Estates in 1970
During the following years, the coffee estate started flourishing due to the passion of cultivation ingrained in my mother’s blood. When the time came to naming the property for official records, it was father who wholeheartedly proposed the name “Souland Estates”, as a loving dedication to his wife Soumini, the “Sou” appended to the land she had valiantly crafted. Souland Estates thus became an entity by its own right!

The great Soumini of Sou-land with her first born (me!)

Most of our guests say that the name of the homestay as “Soul land estates” is apt, as they feel that the stay is like a holiday for the “soul”! Although an extra “L” is unknowingly added by our guests, it makes for a great conversation starter, and it all worked out pretty well in the end, don’t you think?